The event, scheduled for December 20th, will include groceries, toys, and a visit from Santa himself.

“The Bloomington Community Health Center and the Rialto Grocery Outlet are organizations committed to giving back to our community. Project Boon couldn’t make the impact we have this year without them.” 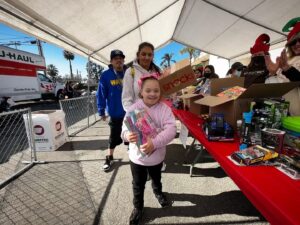 ONTARIO, CALIFORNIA, UNITED STATES, December 2, 2022 /– Since its inception in 2011, Project Boon has been a force of good in the Southern California area, channeling the power of volunteerism to touch lives and help those experiencing financial hardship. This holiday season, the organization is spreading festive cheer through a big giveaway. Scheduled for Tuesday, December 20th, the Project Boon Holiday Giveaway Event will take place at the Bloomington Community Health Center, beginning at 10:00 AM and lasting until supplies run out.

“We will be distributing groceries and toys to families in our community,” comments Project Boon’s Christopher Suchánek. “We also invite 20-30 for profit, nonprofit, county, and government agencies to provide much needed health and social services” During the event, Santa himself will be on-site to greet families and pass out toys to each child who attends.

For Project Boon, the Holiday Giveaway represents an important partnership with the Bloomington Community Health Center, a Bloomington based nonprofit focused on providing low cost health care to residents of the Inland Empire, and the Rialto Grocery Outlet, owned by Scott and Shannon Taylor. Scott and Shannon are committed to  making their community a better place, and Project Boon is thrilled to partner with them for a second year. “The Bloomington Community Health Center and the Rialto Grocery Outlet are organizations committed to giving back to our community. Project Boon couldn’t make the impact we have this year without them”, adds Suchánek. 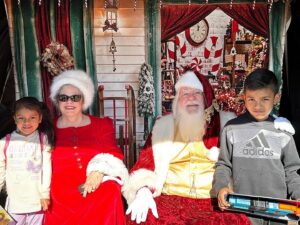 To make the event a success, Project Boon is calling for volunteers from across the region. Currently, the organization is seeking volunteers, vendors, and donations of new, unwrapped toys for children. Donation boxes have been distributed throughout the Inland Empire, and an Amazon wish list with suggested toy donations is available.